This was more than a year ago. This workshop got me going properly. And I learned loads! But first things first.

So I travelled to Norfolk (geography fail? Look it up here) in August 2012 for a four day build your own house cob course. Norfolk is home to Kate Edwards and Charlotte Eve and their company Edwards & Eve cob building. Somewhere in the middle of a nature reserve complete with a lake and whatnot, they live in a 400 year old old cob house with a new cob extension that they, of course, built themselves (and we had the honour to do some lime rendering on it!). And teach courses on building cob pizza ovens and houses, and they completely rock!!

Since it’s been a long while I’ll leave out most of the details of the journey: I flew over, took a train, finally managed to locate a taxi after some crazed chicken tried to peck a felt flower off my bag at Acle station, already in the middle of nowhere. Luckily there’s a campsite only ten minutes walk away from Kate & Charlie’s whose owners made me feel all welcome. Actually I was greeted with “ah, you’ve come for the cob course, haven’t you?” – and they took me to where some of the other participants had already set up their tents. :-)

Loads of course, and I probably won’t remember it all in detail here. Each day started out with some theory, since we could hardly build a full house in four days with only a dozen people. So a lot of things could only be talked about (like foundations, stem wall, roofs, straw bale building, Rumford ovens, insulation options etc.), but we did that in great details, plus Kate showed us a lot as well. We did try our hands at mixing cob, building walls, putting in windows, mixing clay plaster (barefoot that was LOVELY!), clay plastering, making lots of lime render and putting it to use (the extension still needed some work), and making all the walls straight and flush, i.e., ironing out some bumps and curves. That was a good bit of work and we were done each night – but we all had so much fun! 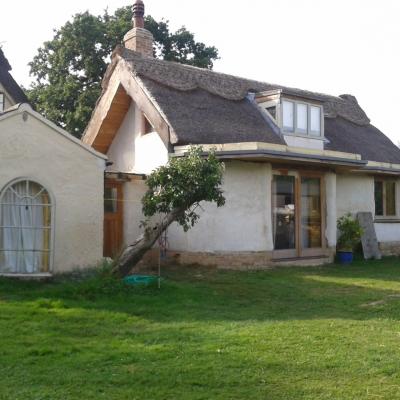 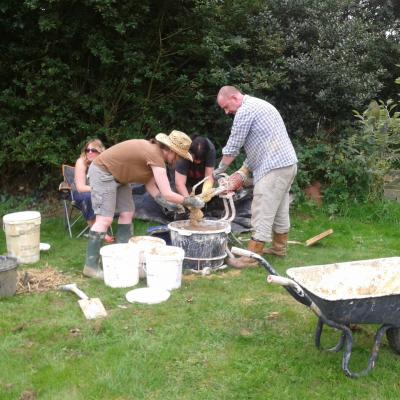 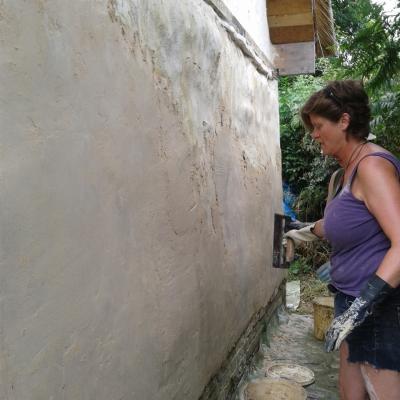 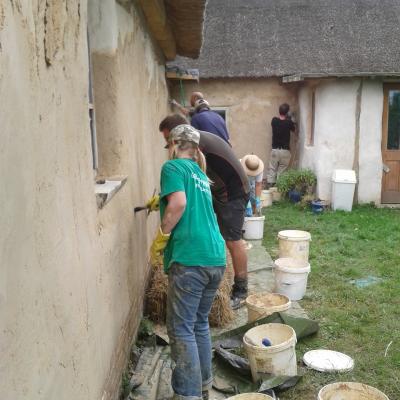 What I got to learn

Oh, loads, honestly. Most importantly it wasn’t just my brain understanding things, it went a lot deeper. That was really good! 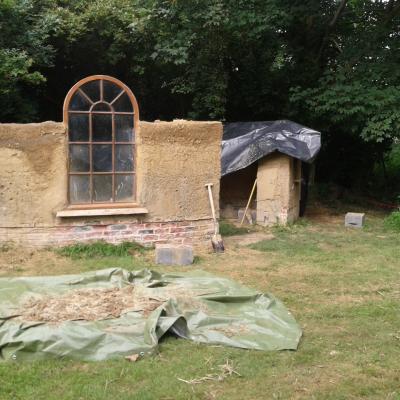 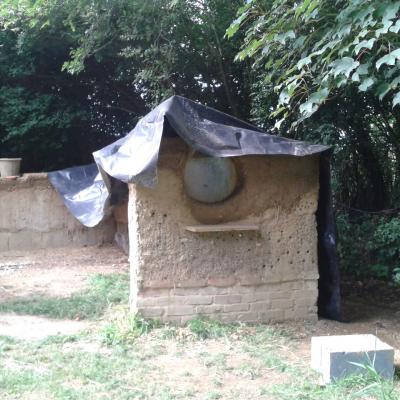 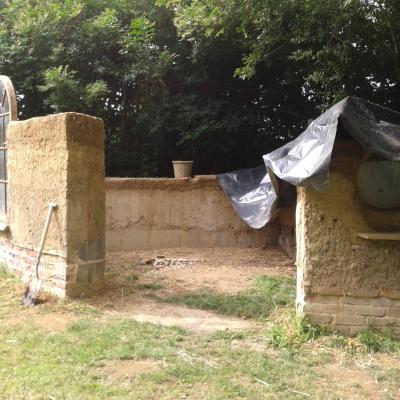 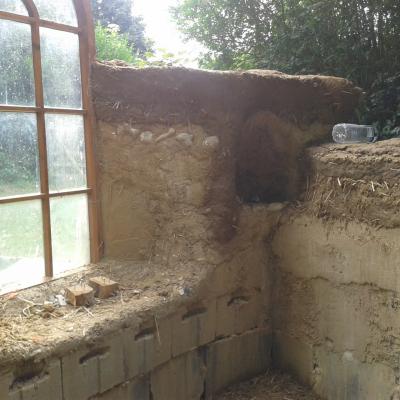 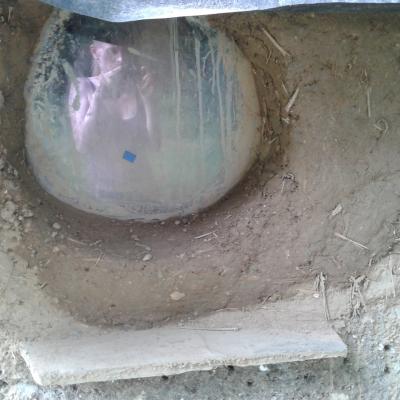 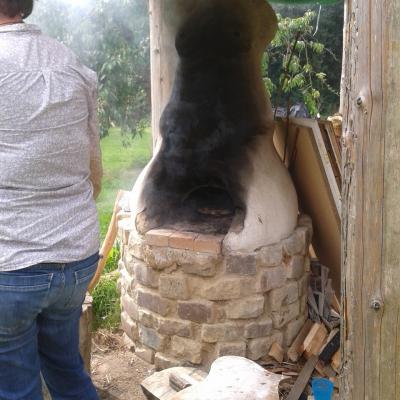 we went to see a garden studio within driving distance one evening that Kate had built for someone. It’s a very pretty house which seems rather smallish from the outside and rather largish from the inside. It’s a roundhouse with 6 m diameter. We all agreed that there’d be plenty of room for one person or even two to live in – and it’s just 19 m²! Feels a lot larger.