As I mentioned in my post on needing incubation time, I’m really no good at juggling objects with three dimensions in my head. So it being winter and the mud outside being a little too cold for my taste, I obtained a recipe for perfect, cheap, and fairly stable, playdough to try and externalise the muddles in my brain. (Scroll down to the bottom for the recipe.)

I tried to figure out the proper proportions for our indoor stairs to the first floor. Not too narrow, not too steep, but somehow it mustn’t take up too much space either. I had a couple of real-life stairs which I had measured to go by, plus some numbers and rules of thumb that internet research yielded. By these bits of math, the stairs should be about five metres long and just over three metres tall at the end. I had to build this to see how – and if! – it could work. 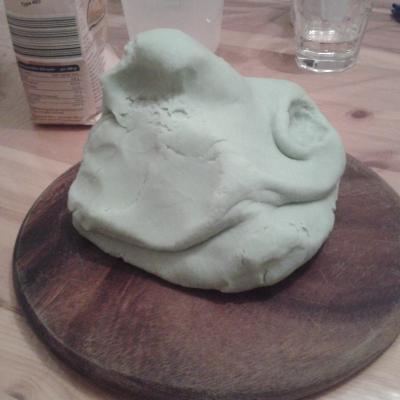 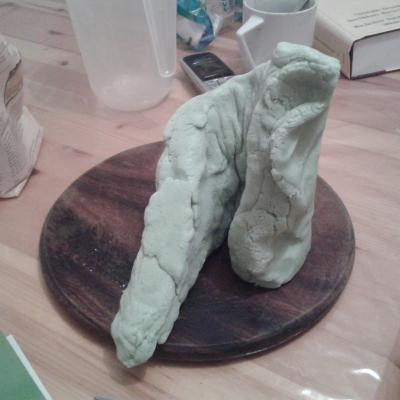 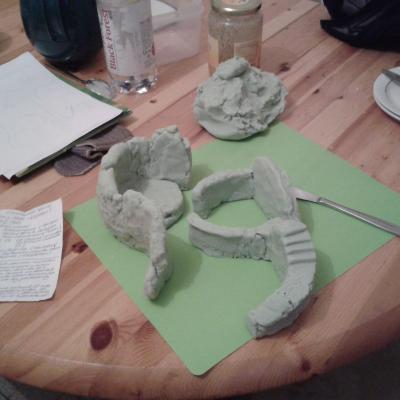 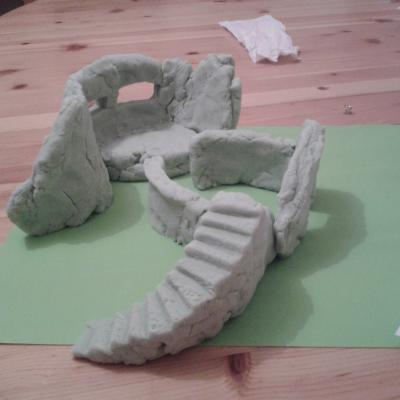 If you checked the post on the latest plans (or read the subtitles…), you may have already figured out that I made those stairs roughly, then needed some context and build the kitchen space plus the raised dining area, so I could attach half the stairs to it and see whether the rest might go over the kitchen.

What I learned from the experiment

First off, this playdough really is fun to mess with! Good feel, good texture, fairly stable. I’m still thinking I’d like to build a model of the whole house with it, but that would mean making loads more. Hm. Anyway, what I specifically got out of it was: Those stairs are impossibly long. I supposed we could squeeze them in somehow, but they’re awkward. They don’t lend themselves well to anything.

This was two weeks ago, and by now this realisation clicked some other things into place, and we’ve redesigned it all just a little so it makes a lot more sense now. That’s another post though, I haven’t made all those sketches yet! ;-) So stay tuned for more!

Mix 500 g cheap white flour with 250 g salt. Boil 500 ml water with 20 g/1 Tbsp citric acid, then add to that 4 Tbsp oil (non-smelly, no olive oil!) and as much food colouring fluid as you wish (one small bottle gives a nice, fairly saturated colour for this amount of dough; I used one bottle of green colouring to 1 kg flour with the playdough in the pictures, that turned pastel). Then mix the two together and knead, knead, knead. If you think it needs more fluid: keep kneading! I always do, and it turns out just right in the end.