As I said before, after reading Gaia’s Garden (and another German permaculture book from our local library) I had this sudden urge to go permacultural right now. Urban gardening, yay! But the thing is, the flat I’m living in has very little natural light, and besides, I’m well known for looking after plants meticulously for about two or three weeks and then completely forgetting about them until they’ve withered away. It’s not that I don’t care, it’s just that on some days, which sometimes turn out to be quite a few in a row, I live in my head mostly and don’t really notice what’s going on around me.

Anyway, so I thought I’d better start with something more robust than plants, and besides, I’ve completely fallen in love with soil. Honestly: this phoenix from the ashes idea that dead remains lie in the soil and are there recycled and returned to be life again – isn’t that absolutely fabulous? What’s more, it’s the basis for the pyramid of life, the basis that everything else builds on. I believe in basics. So of course I turned to vermicompost.

Worms in the kitchen?!

To tell you straight away, my significant other wasn’t too keen on having worms in the kitchen. I talked him down of course… maybe I shouldn’t have told him while it was still just an idea. It’s just that I love to share exciting ideas. Anyway, the kids quite liked the thought, and I was planning to go to the hardware store and get some plastic boxes for a setup like Rachel’s here. But luck favoured me immensely that week, for on Tuesday an unusual set of circumstances led me to find a bunch of old plastic vegetable boxes on the curb, not far from our home, which fit into my tiny kitchen corner perfectly. Splendid! I didn’t have to spend money on plastic things AND I got to recycle some.

So I hauled these home, ordered some worms online (I do feel it’s too cold to go digging for some right now, plus I’m ok with giving money to a small farm trying to make a decent living), and only two days later assembled a small, unobtrusive little box of worms by cutting out the bottom from one of the boxes and tying it on top of another to make it twice as high. Put bedding underneath, then in with the worms and the soil they’d been delivered in, and some food scraps on top. I squeezed their vegetable box stack into a slightly larger box for darkness and to catch runoff, and found a cardboard box as a lid. Perfect – or so I thought. 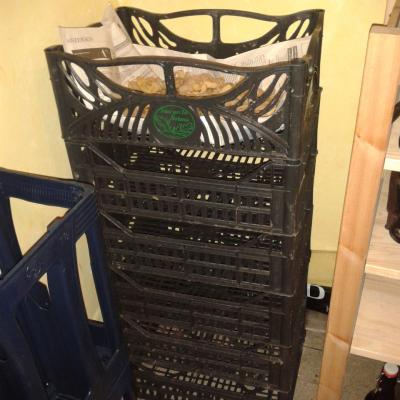 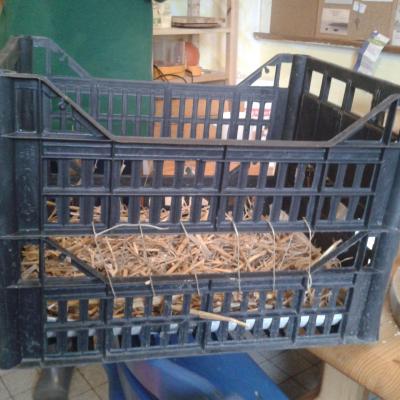 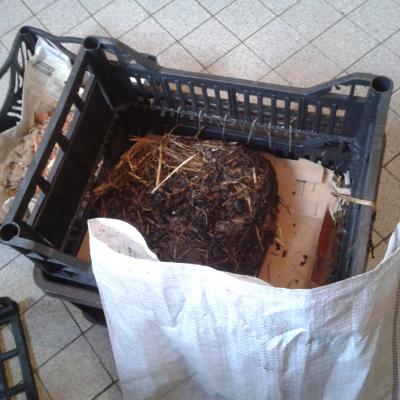 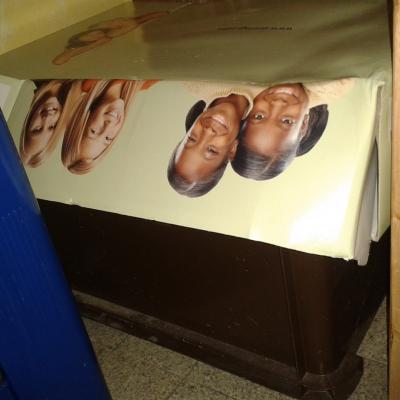 Learning by trial and error

You know, it does sound easy. Online instructables and vermiculture stories tell you exactly this, the ending being “and they lived happily ever after”. It’s been two weeks now since I set up that box, and at least for me, it feels like we’ve only just started. Because my worms don’t just happily munch on their food scraps, excreting perfect soil like they’re supposed to – well maybe some of them do – no, mine have been crawling out. Like in, out of the vegetable box, into the container box, and then up the sides and out onto the kitchen floor. Now why do they do that?!

It’s a sad story really, because ever since I noticed this, I’m checking their corner whenever I’m in the kitchen and put them back pronto, but those that come out during the night are mostly dead and stuck to the floor by the time I find them in the morning. I feel bad about this. I wish I could do something to prevent them from dying on my kitchen floor. (And honestly not because I’m worried it’ll gross out my friends when we’re having brunch or something. Well mostly not.) Am I doing something wrong? Is it too dry in there? I watered it all through, but they’re still coming out. Not enough food? I can still see some sticking out. Was the food not mixed in well? It wasn’t in the beginning, but I gave it all a good stir. Still there’s worms. Are there simply too many holes in the box? That could be… still, I think if they fall out the bottom, but are able to crawl up the sides, they should also be able to crawl back into the box. Or then maybe there’s just not enough room? I don’t know… I’ll keep you posted on what’s happening though.

Very short addon: I started a thread at permies.com, getting some really helpful answers. I love the internet!