This will be a little shorter than I had originally intended, simply because I now realise that I just don’t remember many things about building this. In the summer of 2013, I had this sudden urge to go do something with cob right now, so I thought I’d just try my hands at a pizza oven for our garden. I of course had devoured Kiko Denzer’s book “Building an earth oven”, so then I got some friends involved and we gathered our materials:

All in all it was a very cheap and make-do project, and it was great fun as well! However, the end result wasn’t perfect (well, not even close). But let’s see what I remember from the actual building process first.

I remember very well how we totally botched that foundation the first time around! :-) We wanted to do a simple dry-stack round plinth, and just haphazardly stacked bits of rubble on top of each other. Of course, that came tumbling down fairly quickly, so then we started to use our common sense a little, sorted our material by size, and started anew with the largest pieces first. Unsurprisingly, that went a lot better, and as far as I remember we kept the result of that second try. I also remember well that after the oven was built, you could actually take out several stones from the front… but it didn’t compromise the foundation, so we just made fun of ourselves with it.

What I don’t really remember is the building process of the actual oven. I think the sand from the sandbox worked ok, and I do remember that the clay was chock full of stones. That was a pain to work with, especially when making the insulation mix! We sifted it roughly, but really, that wasn’t fun. Stone-free clay is a total blessing, my heartfelt recommendation. I also remember that the whole insulation mix didn’t work out very well – the others had no cob experience at all and I had never done any insulation, since I’d only been on Kate’s house building course. So I tried to do this by the book, mixing wood chaff and clay slip, but in hindsight I must say the material was probably much too dense. Too many stones still left in the clay, and the slip not thin enough, I guess.

So over the course of two days, we built the foundation, then an insulation layer with glass bottles as the subfloor, then the firebricks (on a thin layer of sand, I think, but I’m not sure); a sand dome that was definitely too small (oh, hindsight), cob over that, and finally a layer of botched insulation mix. (We never got around to finalising the oven with any sculpting or plaster, it didn’t even get a roof.) And then we spent a day trying to get a fire going in it :-) that dried it out though, and on the next try, we managed to make pizza. Or Pizzini, I should say, they were about the size of my palm.

Just saying it once again: I firmly believe in learning by doing, even learning by experimenting, and in some cases, learning by deliberately doing things that probably won’t work. This usually means that my first few tries at anything will have unreliable results. But I do learn a lot.

The oven didn’t seem to hold the heat very well, I think this is due to the bottle layer insulating quite well, but the wood chaff layer not, so it would lose heat fairly quickly to the surrounding air. But as I said, it made lovely, tiny pizzas. Once. ;-) And now I’m leaving you with a bunch of pictures! 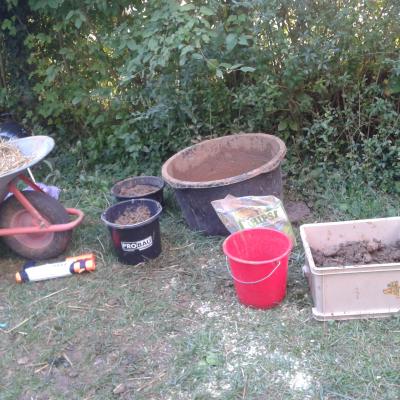 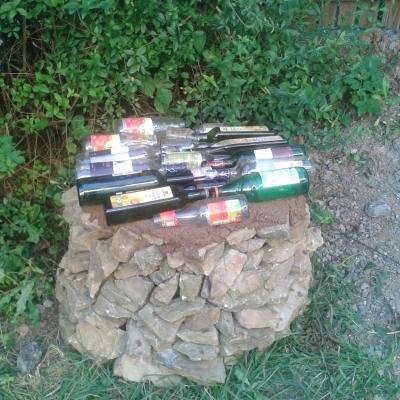 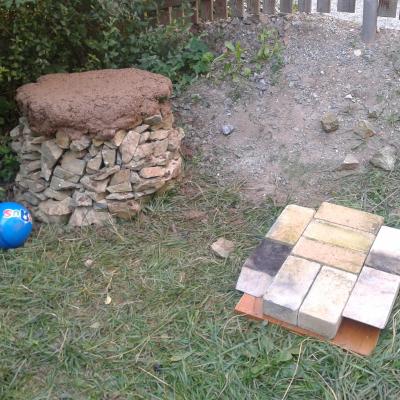 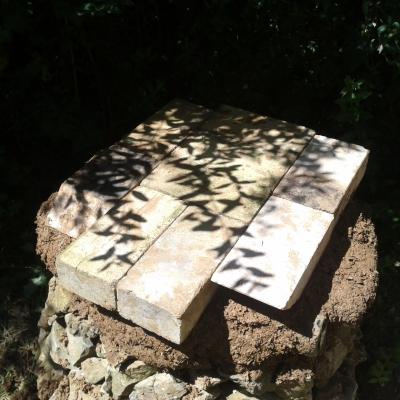 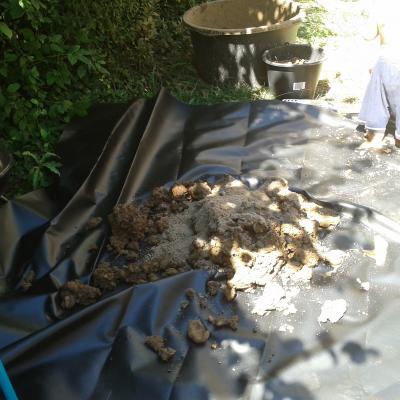 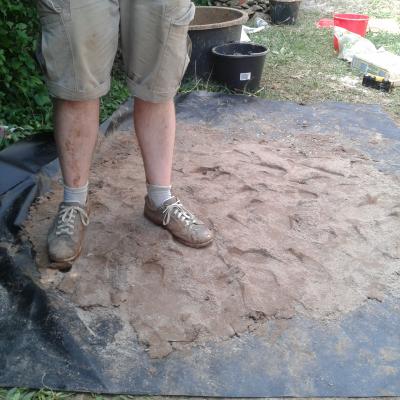 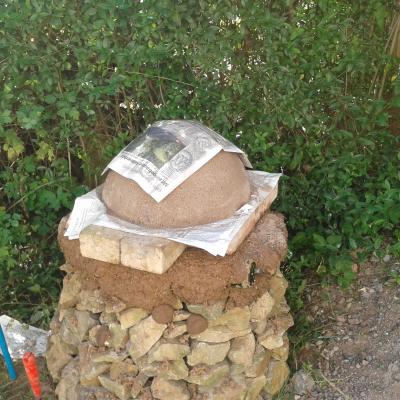 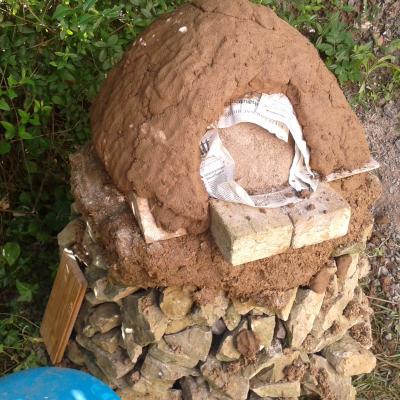 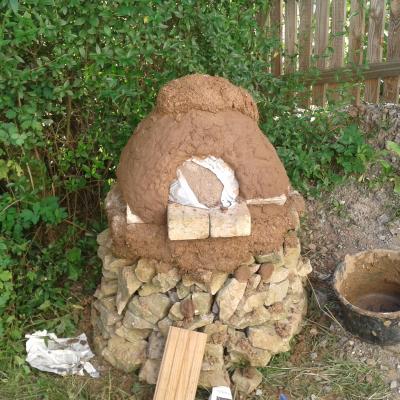 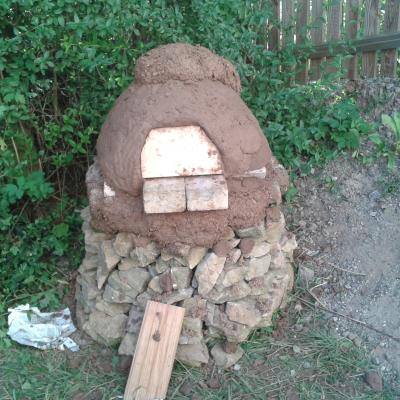 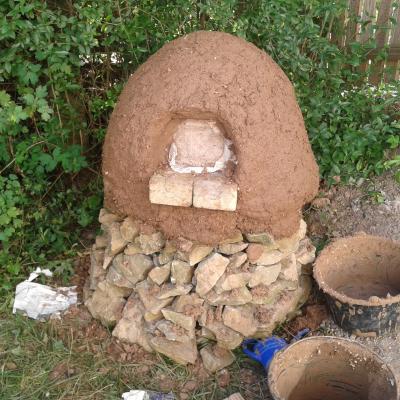 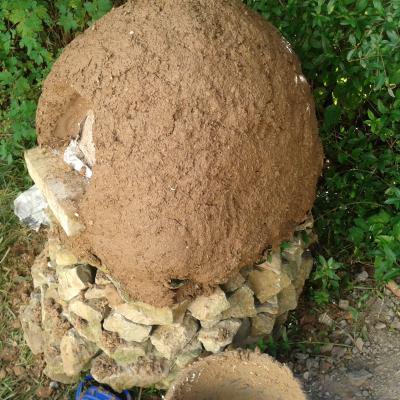 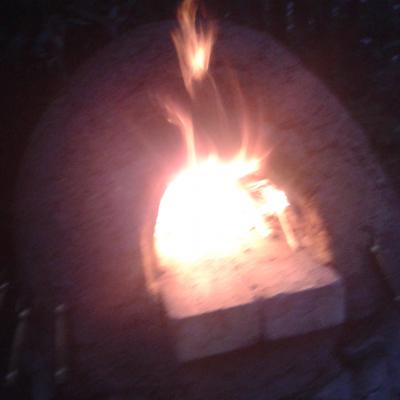 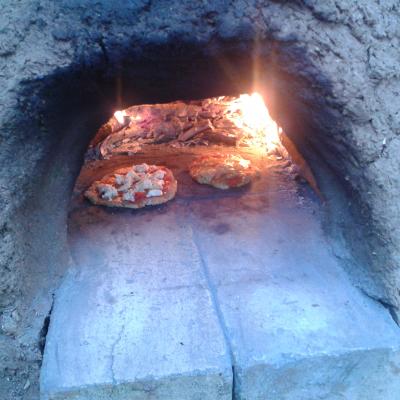 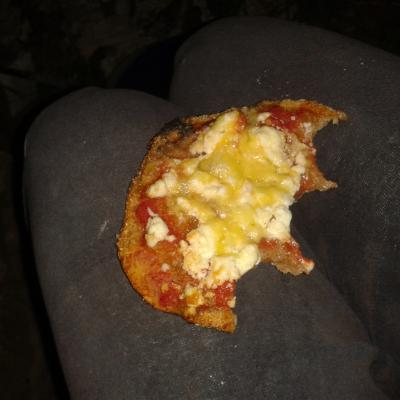