A short recap of the project so far: Last autumn, Pinterest brought me the idea of moss graffiti, and I wanted to try this in the form of a moss house humber since our house was numberless. So I mixed a moss paste as per the instructions and applied it to the wall (see house number post #01), then patched it up some more the day after that. In the following days I found the paste to dry out very quickly (see house number post #02), and I’m still unsure whether the plastering on that wall is moss-friendly at all. I didn’t water it too well after three weeks or so had passed, and it remained a dry organic five-shaped mass on the wall all through winter until last Friday, when I finally got the ladder out again.

This time I used a different approach which, funnily enough, I’d thought of myself and then a few days later Pinterest brought to me as well in the form of an article on how to collect and transplant moss. Since the paste hasn’t really ever done anything except stick to that wall, I felt that transplantation might be more successful, especially since the residing paste would probably make a good foundation for moss roots. So I did the following steps:

I left a few small bare patches, simply because I ran out of moss and treacle for the corners, thinking that I would first wait to see whether a) it would stay put and b) it would grow and thrive. I’m also very glad that I had not managed to clean that wall yet (I have that high pressure thingy here already but need some adapters for our taps) because of course I made another big mess all over that wall. Gravity, you eternal adversary. Besides, I had left the masking tape on over the winter and only then took it off, and it had collected quite a bit of dirt as well. 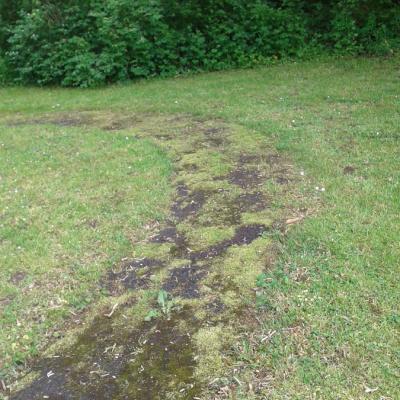 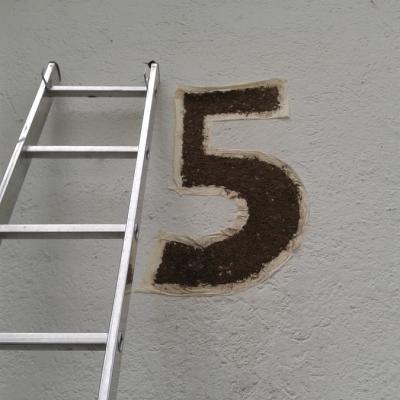 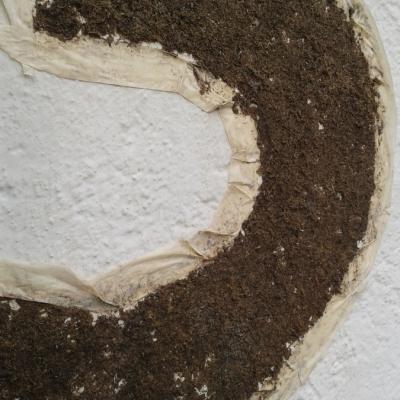 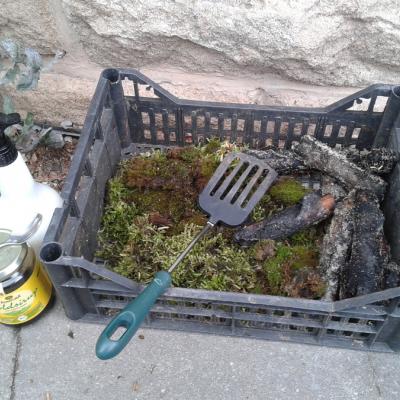 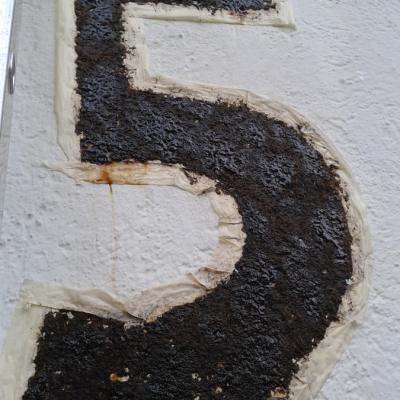 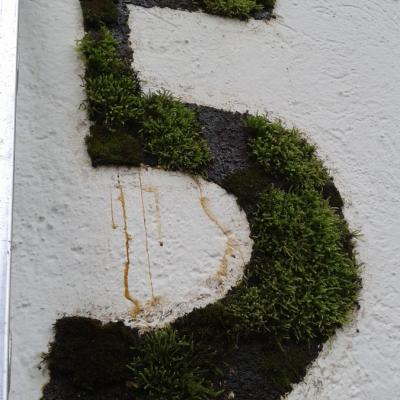 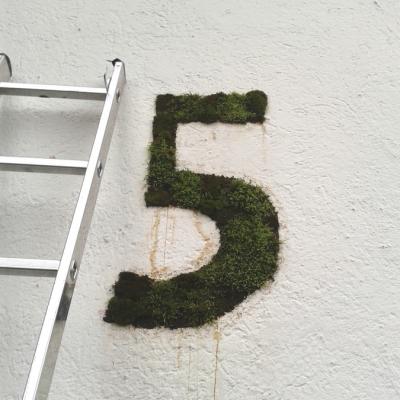 Of course it’ll be another two weeks or so before anyone can say for sure how the moss has taken to its new home, but I’m massively pleased with the results already. Once again I’ll tell you more in a few weeks!

What I’ve learnt so far

If it doesn’t work out this time, I have one more idea to try (a passer-by while I was spraying the moss told me): I should think it’s probably the plastering that inhibits moss growth. Since this house will be taken down anyway in a few years, I might chip off the plastering in the shape of a five, down to where there should be brick. Judging from the Pinterest moss graffitis, moss grows fabulously on brick. But I hope I don’t have to resort to that! :-)

And finally: my SO’s only comment upon my happy presentation of the results was, “Couldn’t you find enough of one kind?” – “I could have, but didn’t want to.” – “Well, it would have helped readability.” Sigh…