I spent most of last week drawing our latest versions of the floor plans to scale. And I do feel they’re pretty good now! Those of you who’ve had a good look at the last version I’ve written about (or had an ear chewed off by me with all my thoughts on them) will probably see how these have evolved from those last ones. Some things have stayed the same, while others have been tweaked quite a lot. Basically, I felt good about those last plans already, but found the stairs to be impossible to fit in – plus having some nagging doubts about the size of it all (I posted on that as well).

So here you go. The ground plans are both on a scale of 1:75, at least on the drawings I’ve scanned, which fits on an A4 sheet of paper very nicely, and north is to the right. I’ve omitted most of the labelling, mostly because I have so many other things to write about that I don’t want to take too long for this post. Once again, you may play guess what’s what and wait for the next version for the solution, which will be digitally refined and labelled in two languages. ;-) Oh yes, and start with the elevation sketches! Those are not to scale, and the windows are scattered wildly, but they’ll give you a good idea of what it might look like. 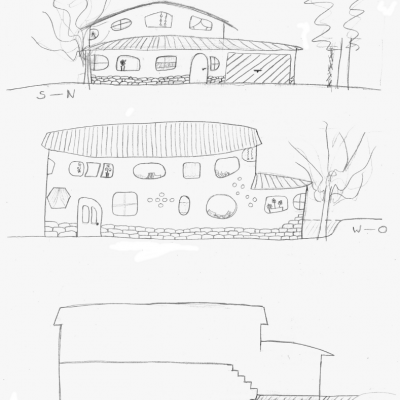 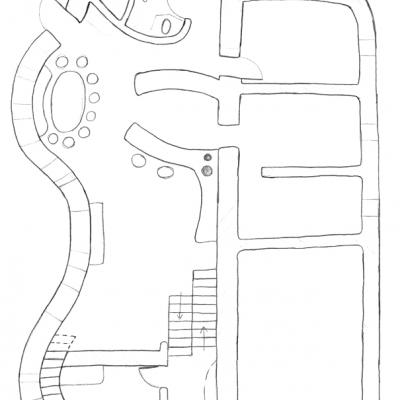 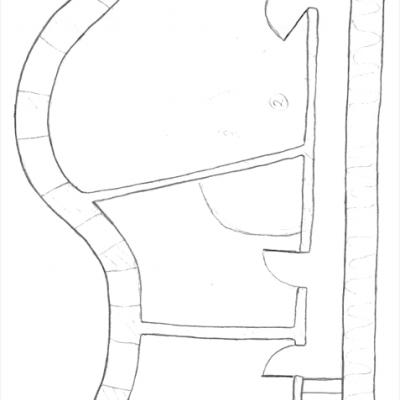