I have to face it: I’ve recently become addicted to Pinterest. Originally I got on because I thought it would be a simple and helpful way of collecting all my design inspirations for my house and garden. And it does work well for that, but the amount of new ideas coming in via Pinterest needs to be dealt with as well! So I’m trying to pin only the things I do not just like (that’s what the heart is for), but that also directly inspire my design processes. Which is still a lot.

So Pinterest brought me the moss graffiti idea… now that really is something that can be done fairly quickly and is super cool. And the house where I’m living right now does not have a number on the front. So a couple of days ago I decided to forage for moss, masking tape and a ladder and try out the simpler of the two recipes I found – it sounded too simple, and I reckoned there’d be plenty to go wrong during implementation.

I collected a measuring jug full of moss from several different places, just in case some types of moss liked that wall better than others – I think I should have had at least two different kinds in the mix. I shook and picked off as much soil as possible, filled in 1½ cups of buttermilk (1 cup = 500 ml), and then rued it almost immediately, because it was too much milk. Added a teaspoon of sugar and put it in the frisge over night, since it was simply too late to proceed that day.

Next day: Ran the electric blender through the mixture, which confirmed the previous night’s suspicions: far too runny. I went and got another handful of moss and mixed it in, which really didn’t help much. So I brightened up enough to pour it through a small colander, and that was a good idea! 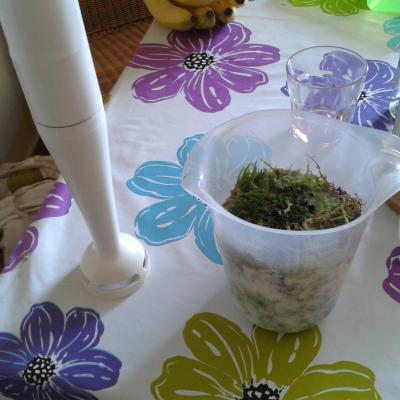 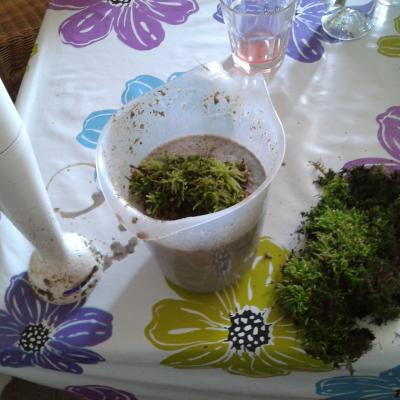 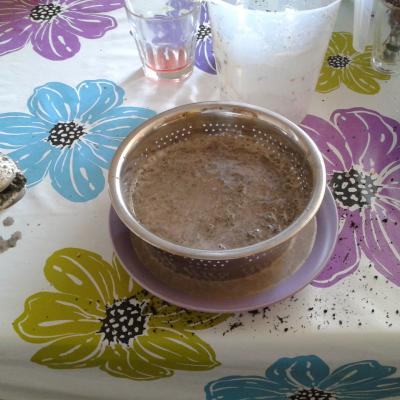 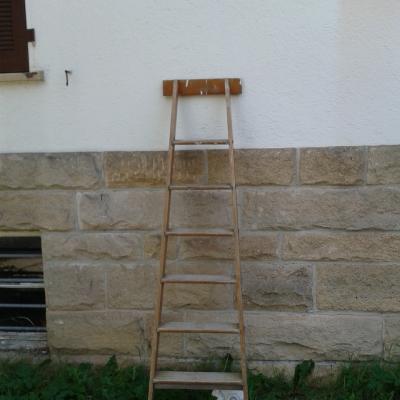 The remainder could reasonably pass as a paste, so I fetched a ladder and a fresh paintbrush, got lucky and even dug up a roll of masking tape, which allowed me to do it Properly (these tiny things do matter when your closest companion is an OCD). The tape was useful anyway, since the paste was still a little on the runny side and dripped all over the wall. Mpf. Taping was easy even though I was practically flat to the wall, I just taped a five, looked at it from below and just left it like that. 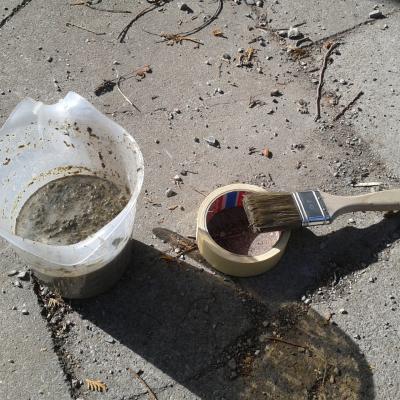 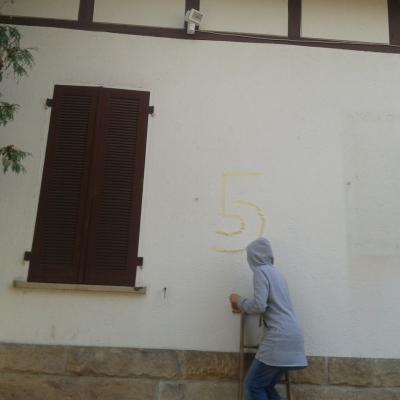 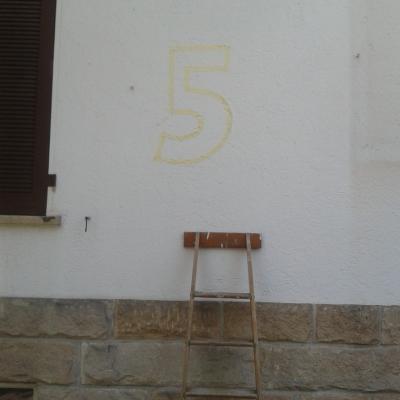 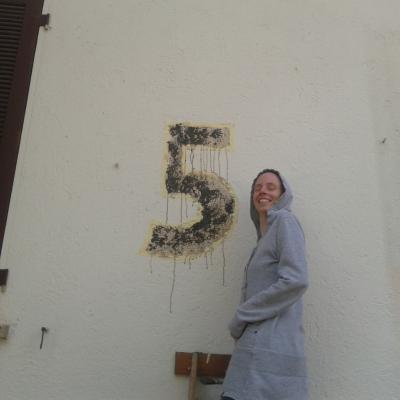 Next step: Apply paste to wall. That worked fairly well using the paintbrush, but loads of dirty buttermilk kept dripping and running down the wall. After I’d brushed on most of what was in the jug, the remainder got even runnier, and I had the brilliant idea to gather a clump of moss, squeeze it a little, and then just stick it on by hand. That did take longer, but worked out nicely and without making such a mess. I used this method to fill up a few patches until I’d had enough and there was hardly any moss left in the dirt soup. 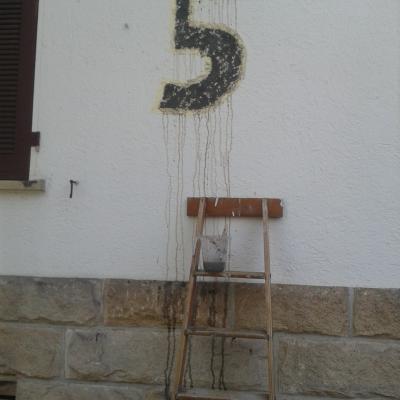 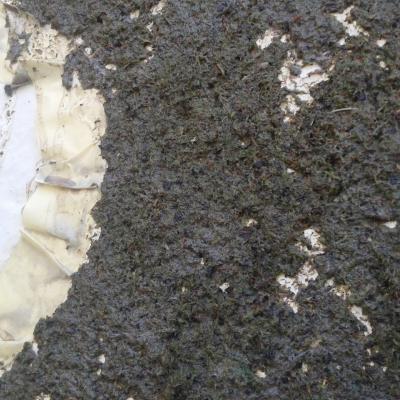 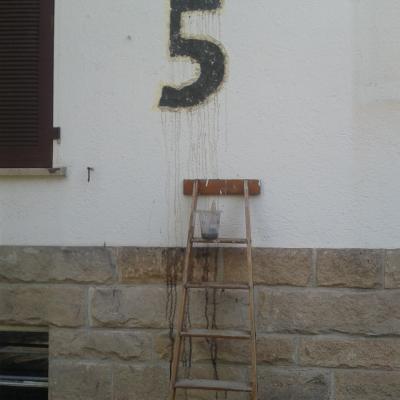 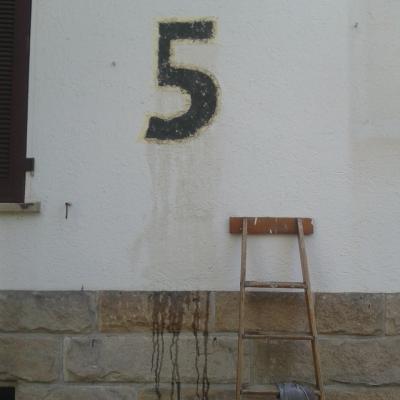 After that I set to work rubbing off all the trickles and drips (I do feel that our house’s walls are just a little too nicely white, you know), but not from the sandstone stem wall. I wonder if the moss takes hold there! I wasn’t too thorough, I’ll admit, thinking that I’ll just borrow a pressure washer sometime soon and be done in seconds. Then put everything back in place and chewed on every passing person’s ears all the while – I’m just SOOO curious whether this will work!

Short summary up to now

If you’re planning to try this on a wall as well, the mixture had better be very moist moss paste rather than anything resembling thick soup. So start with only a little buttermilk, blend as much moss in as possible, adding buttermilk very carefully. But you’ve probably figured that out for yourself already. Other than that, it’s really done quickly, provided you have some patches of moss nearby. Excluding cleaning up and collecting moss, you’ll go a long way in an hour.

Of course I’ll keep you posted on how it goes! I’m not really sure at all that moss can grow on our wall. But hey, it’s a fun experiment, and should be fairly easy to wash off again if it doesn’t grow.